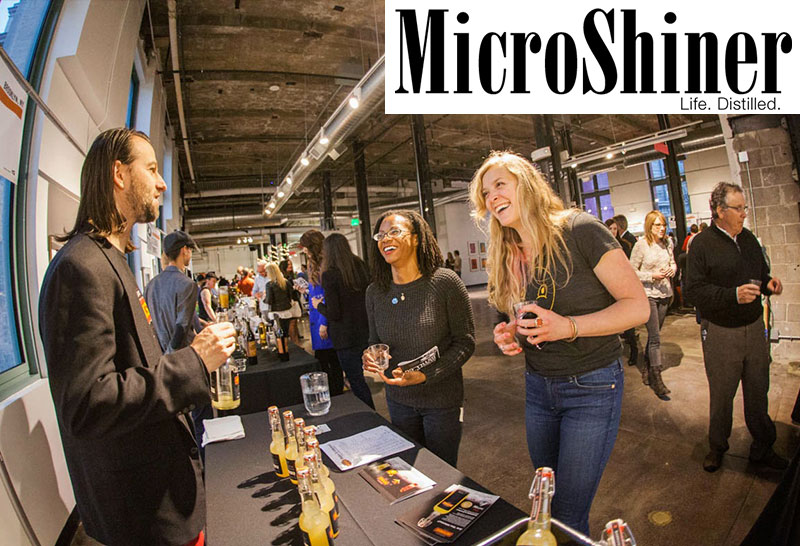 Thanks to DSTILL and their Showcase of all things craft on April 16, myself and hundreds of the Mile High City’s other proud weeknight lushes were brought together at the McNichols Civic Center Building to sample everything from vodka to moonshine from 49 of the world’s micro and craft distilleries. By my count, a good 35 of them were from Colorado, and I distinctly recall noticing the represented talent stretching from New York all the way to LA.

“The color comes from the ginger root itself as opposed to chemicals or colorings,” says Josh Morton, the founder of Barrow’s Intense Ginger Liqueur. I took a sample in my glass, squeezed in some lime, stirred, and sipped. Not a bad Mule I’d created for myself. Plus, Barrow’s is 44 proof, a large jump from the typical non-alcoholic ginger beer generally found in the drink. Morton even showed me his recipe for a Moscow Mule Shot, which is made up of 1 part Barrow’s on the bottom, 1 part vodka, and a squeeze of lime. “I love the idea of using craft liqueur in a shot because people think a shot is down-market and craft is (higher). A lot of people take craft too serious, so I like the idea of humanizing craft liqueur.”