All the News You Can Drink: Beer Can Cocktails, Sainsbury’s Booze Brand, MillerCoors ‘Craft’ and more 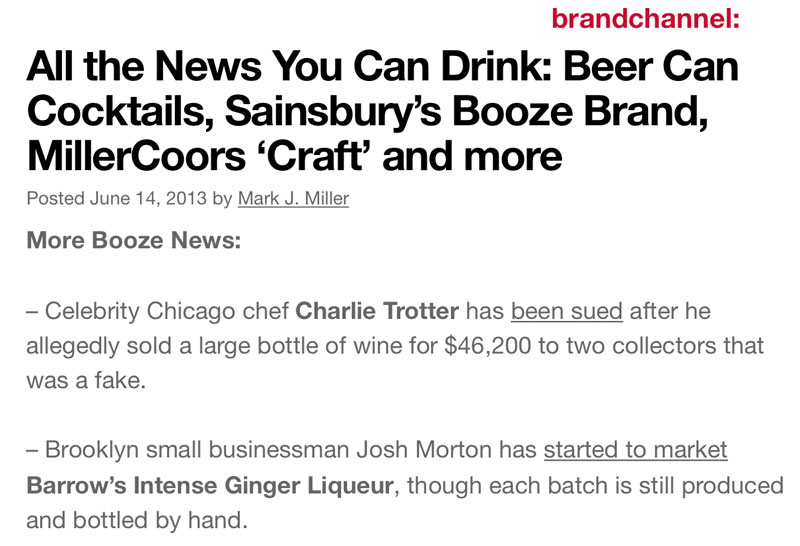 – Celebrity Chicago chef Charlie Trotter has been sued after he allegedly sold a large bottle of wine for $46,200 to two collectors that was a fake.

– Brooklyn small businessman Josh Morton has started to market Barrow’s Intense Ginger Liqueur, though each batch is still produced and bottled by hand.

– AKA, which handles luxury rentals for short-term stays, now has its own vodka, a.vod which it stores in a special Vodka Vault at the AKA Central Park that can only be opened with an odd, a-shaped key, of which there are only 12.