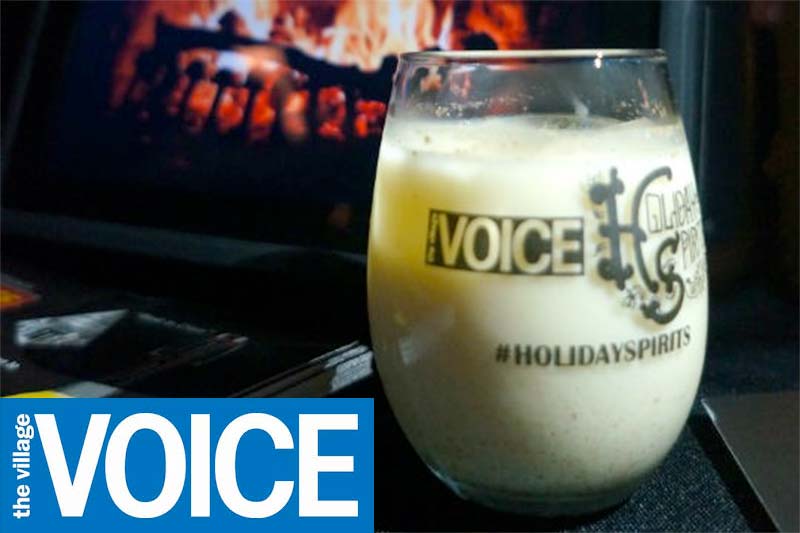 Dozens of spirits makers descended on Long Island City’s Studio Square for our inaugural Holiday Spirits event, pouring sips of their tipples alongside wintery cocktails that showcased the flavor profiles of their wares. We were floored by the sheer diversity in New York’s burgeoning distilling scene — these craftsmen and women make everything from maple rye to sorel to beach plum gin to fig liqueur. We’d like each of the stellar pours to find a place in our home liquor cabinet, but from your votes, we anointed a fan favorite: Barrow’s Intense Ginger Liqueur, which mixed a spiked eggnog ideal for the season.

Josh Morton launched Barrow’s earlier this year after his hobby blossomed into a business. He perfected his recipe via taste-testing with friends and then scaled up in a space in Sunset Park.

Here, he shares his recipe for the Intense Ginger Noggin, the eggnog drink that captured our event’s prize.

Shake with ice. Serve in a rocks glass over ice and top with the spices.

Check out more recipes from Barrow’s on the spirit’s website, and read Eve Turow’s full interview with Morton to learn more about his business.

See all of our coverage of Holiday Spirits.